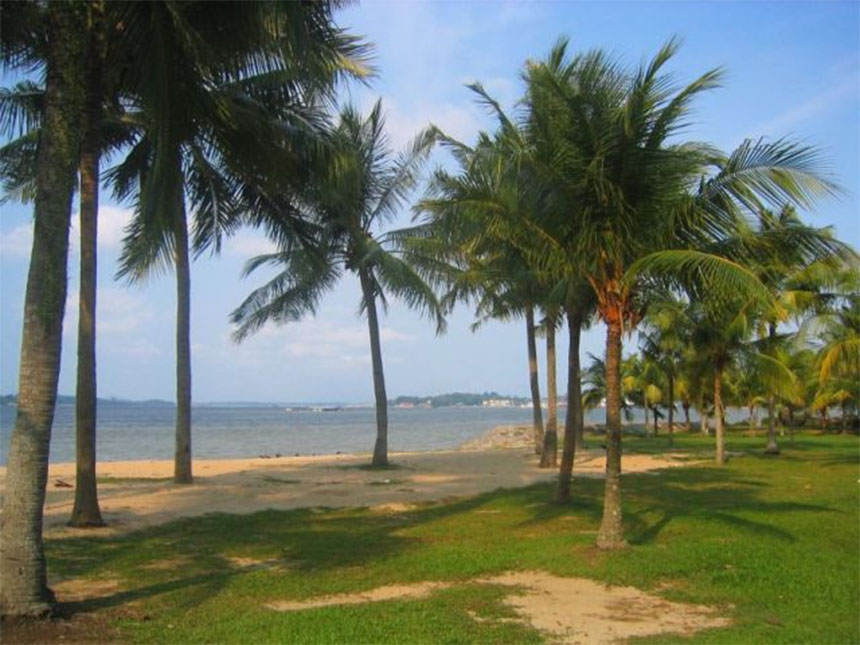 With all the hype in recent years surrounding certain neighbourhoods in eastern Singapore, such as Siglap, East Coast and even Paya Lebar and Tampines, it seems Pasir Ris is being overshadowed by its fellow eastside estates.

Perhaps, being as far east as it is, its lack of proximity to the city and lesser overall accessibility make it less appealing to buyers and investors than the aforementioned areas.

But despite these factors, Pasir Ris is an estate worth considering, whether you want to live there or buy to let. Its transformation from a plantation-heavy area to the commercial and residential success it is today has been rather impressive, to say the least.

Like many other parts of Singapore, Pasir Ris was once a largely undeveloped area filled with villages and kampongs such as Kampong Bahru and Kampong Pasir Ris, and plantation estates such as Loh Lam Estate and Singapore United Plantations.

Apart from its kampongs and plantation estates, Pasir Ris was not known for much else besides its beach and the Pasir Ris Hotel, which in the 1950s to 1970s, offered visitors the opportunity to have picnics and throw parties. In the 1950s, the beach also attracted many who liked water skiing.

Besides the plantations, water sports and beachside activities, however, the estate remained mostly underdeveloped, with no housing or retail components.

Strangely enough, there is no N3 at the moment, and the area proposed for it is just an empty plot of land. There is, however, N8, which is part of a military training ground that is due to be reviewed in 2018.

Today, Pasir Ris is filled with residential developments, from HDB flats to private condominiums and even landed homes. There are a good number of schools, retail outlets, dining options, and entertainment and lifestyle amenities. The Pasir Ris MRT station on the East-West line, as well as the bus interchange next to it, provide transport links to the rest of the island.

Shopping and entertainment aside, there are eight primary schools and six secondary schools in Pasir Ris, including Elias Park Primary School and Pasir Ris Crest Secondary School. Meridian Junior College and Overseas Family School are also situated within the estate.

The estate is also known for its numerous pet and fish farms on its three farmways, as well as pet hotels where pet owners often board their cats and dogs.

Places of worship, including mosques, Catholic and Protestant churches, and Buddhist temples can also be found in the vicinity. With industrial, educational, retail, recreational and even religious amenities all in one area, Pasir Ris is truly a self-sustaining, all-encompassing estate.

Despite all its modern developments, a good portion of Pasir Ris’ natural beauty has been retained, and its location means residents can enjoy all sorts of conveniences away from the crowds prevalent in the city.

Maine Soh, Assistant Marketing Director at Century 21, says, “I stayed in Tampines for more than 20 years, and I remember myself going to Pasir Ris for beachside activities and to enjoy its nature. Being away from the city, it offers residents plenty greenery and a peaceful environment.”

Indeed, whether one wants to engage in water sports, have a beachside barbecue or picnic, or simply bask in the beauty of nature, Pasir Ris Park and the beach to which it is connected are but a short distance away.

With its combination of modern conveniences and natural beauty, Pasir Ris is indeed an attractive place to live. And though it may not be close to the city, it is, in fact, quite easily accessible from other eastside estates. There are even buses connecting it directly to the city area.

It’s little wonder that there is a large number of houses, from HDB flats to condos and landed homes. The Loyang area is filled with a variety of condo projects and landed houses, while the rest of the estate consists mainly of HDB neighbourhoods.

Condos there include Coco Palms, Seastrand, and Sea Horizon. Soh says of the former two that their two-bedroom units are particularly appealing to local investors, who often buy those units to let.

She advises: “Different buyers have different sets of objectives when they are buying homes in an area like Pasir Ris. Being far away from city, it makes more sense to buy a unit near the MRT station.

“However, there are also many purchasers who prefer to buy houses with a sea view or near the park, especially because of their children. As such, this group of purchasers will have different perspectives when they are shopping for their potential homes."

“Whatever your needs, understand your objectives well and stick to them when looking for a home.”

It has already been established that the JTC has plans to further develop Pasir Ris industrially, and with recent residential developments such as Coco Palms springing up in the area, developers show no sign of slowing down there.

Soh says: “Pasir Ris is close to the industrial estates in the Changi area. As such, I believe developers will continue to build more one- to two-bedroom units there to cater to expatriates.”

Furthermore, as a non-mature estate, prices of homes in Pasir Ris are significantly lower than in mature estates; the median psf price of its HDB flats is $360, while that of its private condos is $980. With homebuyers becoming increasingly price-conscious and the housing market beginning to pick up, Pasir Ris remains the most affordable choice in the east.